Charlotte2300, originally home of American Linen, was built in the mid-1920s. In the 1960s and 70's two-story additions were added. However, by 2007 it was bank owned and distressed. Now preserved, its look, feel and unique character remain.

In 2007, a Music City financial services company was looking for this vibe. They also needed to be near Nashville’s Music Row. Charlotte2300 fulfills those requirements. The rehabbed building is now a location where people come together to learn, work and grow. 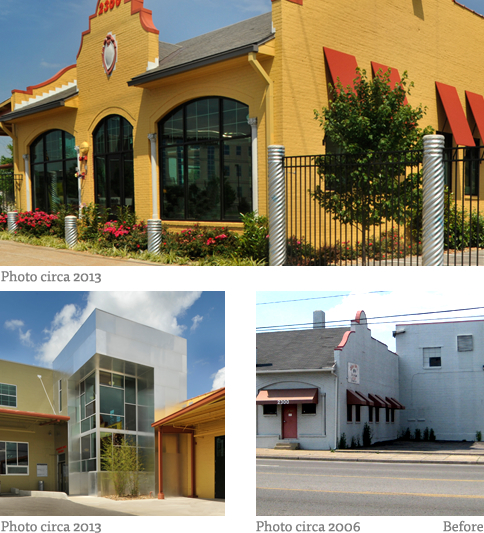 The Kiel Mill was a water powered grain mill from the 1800s. This beautiful mill has the rehab potential to be: premiere retail space, a mixed use facility, or other similar uses. The building has the character and charm that makes rehabbed buildings useful.
This property has a long and storied history and has the potential for a successful rehab story.

The Red Wing Pottery building - a pre-turn of the century multi-story manufacturing plant producing clay sewer and drainage pipes and stoneware kitchen pots, plates and pitchers. It is on the National Historic Register of Buildings.

In the early 1980's the design rehab rebuild team helped convert it to become the Minnesota Stoneware and Pottery Place - a successful community retail center. 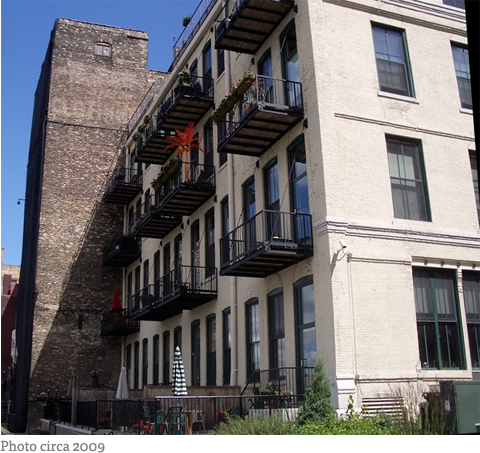 This property was originally an industrial manufacturing building built in the late 1800s. It was used to be a warehouse and distribution center due to its unique location near Lake Michigan, the Milwaukee River and the railroad.

Beginning in the early 1980's and working with the City of Milwaukee, various property owners, architects and engineers – the rehab team produced plans to reuse many high quality older buildings and spaces in this unique downtown area. Apartments, retail, commercial and light manufacturing were all part of the final rehabilitation. Some new buildings were eventually constructed to "look old" to blend in with their older rehabbed neighbors. This redevelopment, reuse and rehabbing of many city's central cores continues and grows today.

The XO Communications building in downtown Nashville was originally constructed in the early 1890s to be a warehouse for a prominent local grocery company. In the late 1890s and early 1900s additional buildings were added to the property. In 1993 the rehab of the four empty buildings, encompassing an entire city block, began.

Due to dramatic changes in the American telephone industry, the enormous growth of fiber optic networks and the property’s proximity to Nashville's early fiber system, this building was rehabbed to serve several large telecommunications companies.
The rehab project took nearly three years. The rehab converted the old buildings into beautiful, modern offices, retaining many elements of the original structures. The original loading docks were utilized and the highly secure switch hubs capitalized on the basement. The rehab project is an excellent combination of preserving the old and maximizing it for new uses.

Edgehill Village is a mixed-use urban village. The location was originally Whiteway Laundry, a 1920s era business. The seven Whiteway buildings have been rehabbed into retail space, office, artist studio, and loft apartments.

In 1999, the internationally recognized Urban Land Institute presented Edgehill Village with its first rehabilitation award saying, "Edgehill Village is such a creative use of space – turning an industrial laundry into a mixed-use neighborhood destination. It’s an urban village with shops, restaurants, loft apts. and work spaces; it reinvests in the neighborhood and offers economic development opportunities to the neighborhood. Having both sides of the street developed and incorporating natural grasses and sidewalks creates a true neighborhood scale, a pedestrian-friendly sense of community. The preserved industrial architecture is a great example of sustainable development…and it’s beautiful." 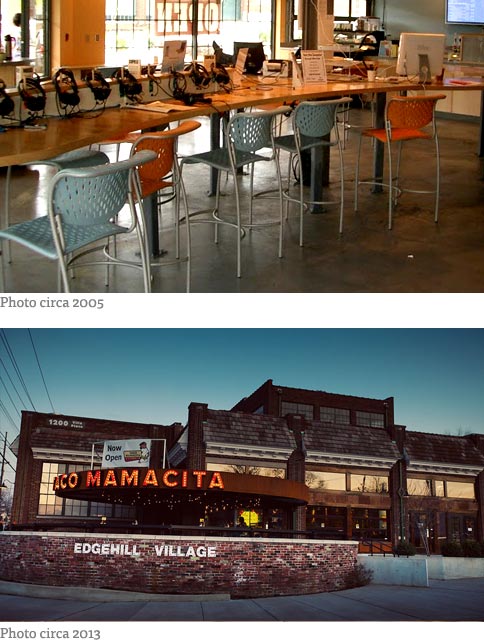